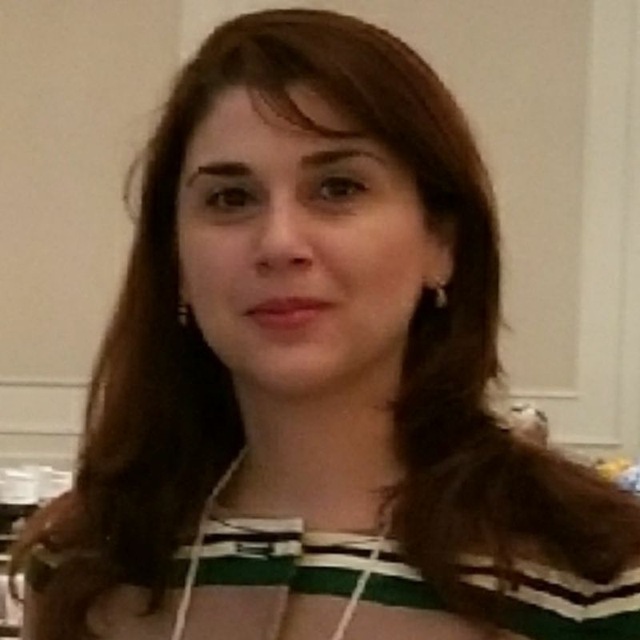 Sekineh Nasiri, Ed. D. is currently the Newsletter Editor for TexTESOL IV. She received her doctoral degree in Language, Literacy, and Special Population at Sam Houston State University in 2019. She is an adjunct faculty at the North American University and has been teaching English to ESL/ EFL students for more than 16 years. Additionally, Sekineh has presented at national and state conferences, sharing her passion and knowledge with others. Her research interests lie in the area of foreign language learning anxiety, teacher education, literacy development, and educational technologies. Sekineh can be reached at snasiri@na.edu 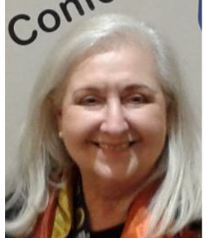 Dr. Irma Rohatgi is currently the Treasurer of TexTESOL IV. She is an Adjunct Professor and a Field Supervisor for student teachers at the University of Houston-Downtown. Previously, she served as the Director for Multilingual Programs in the Houston Independent School District as well as Manager of Bilingual/ESL Curriculum PK/12 in the Multilingual Department. She was instrumental in writing and implementing the Title III NCLB grant and assisted in the restructuring of the district’s bilingual programs. She has also written the district’s first Spanish Project CLEAR curriculum document and the ESL Curriculum Frameworks for students in Bilingual programs as well as Enhancing Parent Involvement for Parents of Bilingual and ESL Students. She has participated in numerous state-wide committees whose input and decisions impact state policies for implementation of programs for English language learners. She has extensive experience as a bilingual classroom teacher, school administrator, curriculum writer, program developer, trainer of school administrators, parents and teachers. She was a former NABE Bilingual Teacher of the Year winner. She has been on the board of TexTESOL IV since 2011 and has served as former President among other positions. 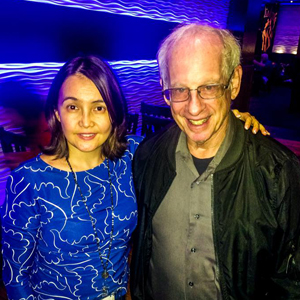 Yuliya Summers is a second language teacher educator and researcher. She has been in education for sixteen years, teaching in ESL and Bilingual classrooms in the United States. For the past 8 years, Mrs. Summers has been teaching courses related to Bilingual/ESL education at various American universities. Currently, she is completing her doctorate degree in Bilingual Education at Texas A&M University. Her community involvement includes serving as a treasurer and now President of TexTESOL IV. 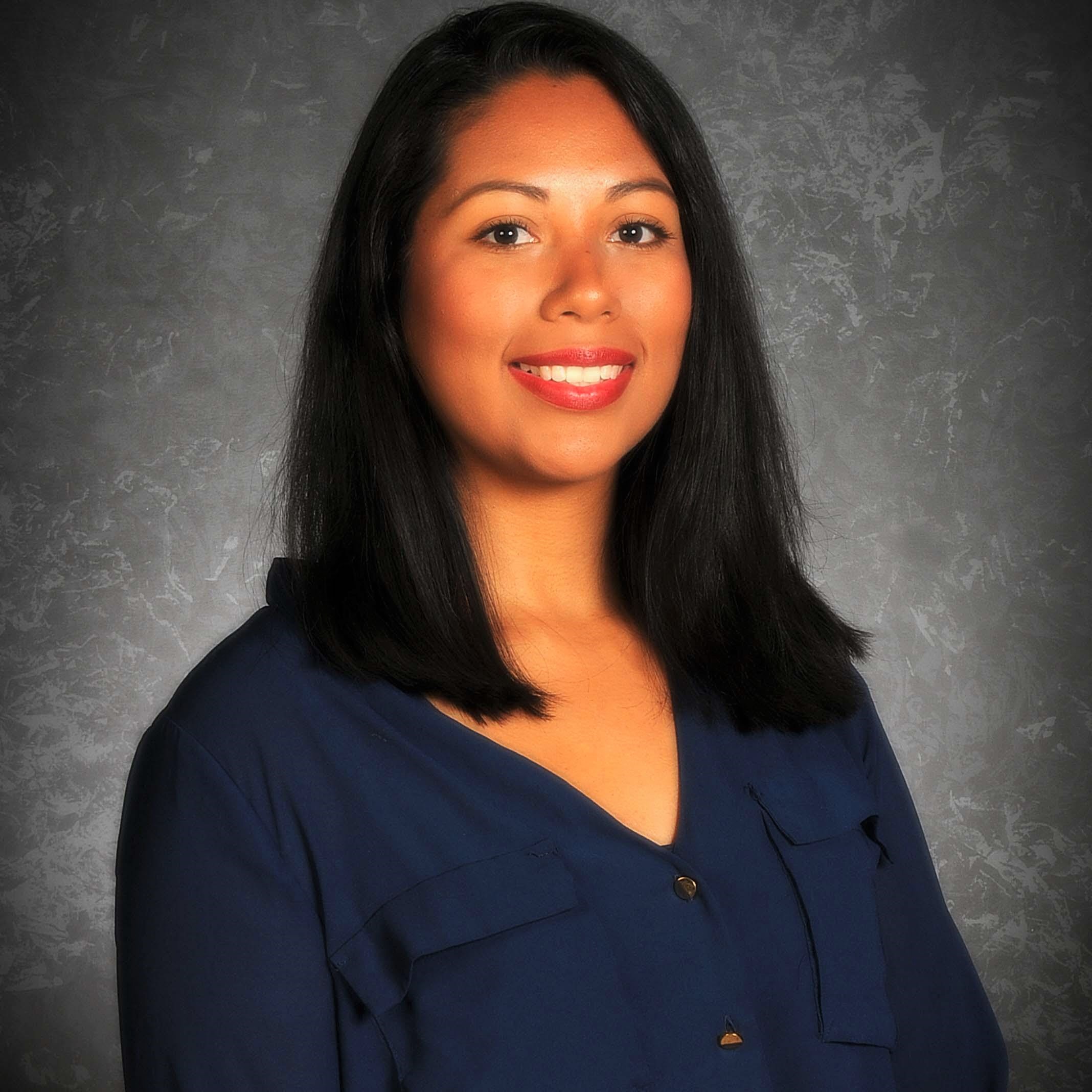 Margarita Cruz is a high school English and ELL teacher. As a former ELL student, she felt the desire to become an ELL educator from a young age. After graduating from SHSU in 2014 with a Bachelor of Arts in English, she was presented with the opportunity to return to her hometown and serve the community of Tomball ISD. She has now been part of the Tomball Memorial High School family for six years. Margarita is committed to being a lifelong learner to ensure she is  providing all students with the tools and support they need to be successful both inside and outside of the classroom. ​​ 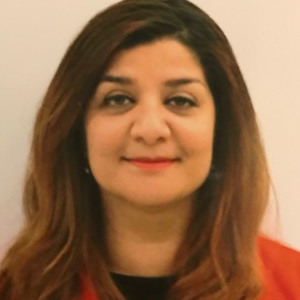 Anahita Rahimi Khoshtinat has over 13 years of experience in education. She began her educational career as a Language Faculty Instructor in Iran. She holds doctorate in Educational Leadership with a specialization in Women’s Education from Lamar University, Beaumont (Texas, USA), and a Master of Arts in English Literature from University of Pune (Pune, India). During the past 2 years she has been working as a Faculty Instructor in ESOL/ English Department in Houston Community College and Interactive College of Technology, at Houston, Texas. She taught Math and Reading in Port Arthur Independent School District, Texas for 2 years. Her research concentration comprises women’s educational opportunities, globally, and especially in the Middle East. She has presented at numerous conferences. Currently, Anahita works as a faculty in San Jacinto College and Houston Community College. 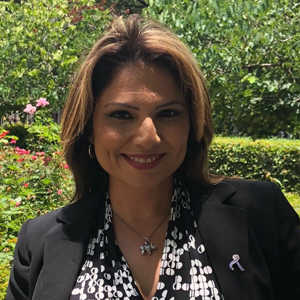 Marie D. Moreno was born in Chicago, Illinois and raised in Edinburg, Texas where she graduated from Edinburg High School. She attended Baylor University, before moving to Houston, graduating in 1995 from University of Houston with a Baccalaureate of Science in Information Technology. Upon graduation she worked in the Houston technology industry, finding her calling in education in 1995 with Houston Independent School District, Lee High School as a Career & Technology Education teacher. She taught for 3 years, subsequently appointed as an Assistant Principal in 1999, while attending Texas Southern University, earning her Master’s degree in Mid- Management in 2000 and Texas Principal Certification. In 2005, she assumed the combined duties of Principal at Kaleidoscope Middle School, a Houston ISD Charter School, Las Americas Newcomer School, and Las Americas Early Childhood, located in Southwest Houston-Gulfton area. In 2006, she transitioned the middle schools to a new location in the Gulfton community, where she continues to serve students and the community as Principal of Las Americas Newcomer (4-8) School.
Marie Moreno is a recognized member of the American Leadership Forum, Houston/Gulf Coast Chapter, Association of Hispanic School Administrators, Houston Association of School Administrators, and the Gulfton Youth Development Program. She is a featured speaker for the National Hispanic Professional Organization (NHPO), on the topic of Diversity Education in the 21st Century Classroom. She has also presented at Pearson’s SIOP Conference, TABE, MASBA, NABE and TASBE regarding educating our new generation of students. She has helped districts across the nation in creating and supporting newcomer centers. She has contributed to a book entitled “Creating Inclusion and Well Being for Marginalized Students” by Linda Goldman. She is currently working on her Doctorate in Education at University of St. Thomas on Ethical Leadership. She is expected to graduate May 2021. She has 2 children 24 & 15. 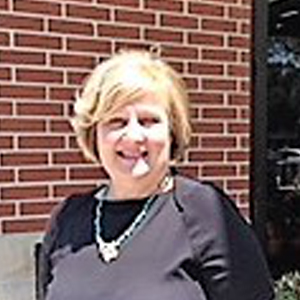 I am Dr. Mary Endress, and I am honored to serve as president of TexTESOL IV.  I believe in high levels of learning for all, and I seek to remove barriers that impede  student and teacher learning. TexTESOL strives to provide teachers of English Learners with  tools to support improved student learning.  I earrned a BA from Trinity University in San Antonio, a MA in reading from the University of Texas of the Permian Basin, and an EdD in curriculum and instruction from the University of Texas of the Rio Grande Valley.   I have previously held several positions on the TexTESOL board including president.  Currently, I am an assistant principal for Tomball Memorial High School  in Tomball ISD.  Prior to joining Tomball ISD, I worked in Katy ISD where I served as an assistant principal and as the instructional officer for secondary ESL. Prior to entering administration, I taught in Spanish, French, ESL and reading in Spring Branch ISD.  In Ector County ISD, I taught elementary Spanish.  I am married; my husband, Scott, and I have two  children and one grandson.  Please do not hesitate to reach out to me if you have any questions about TexTESOL IV. 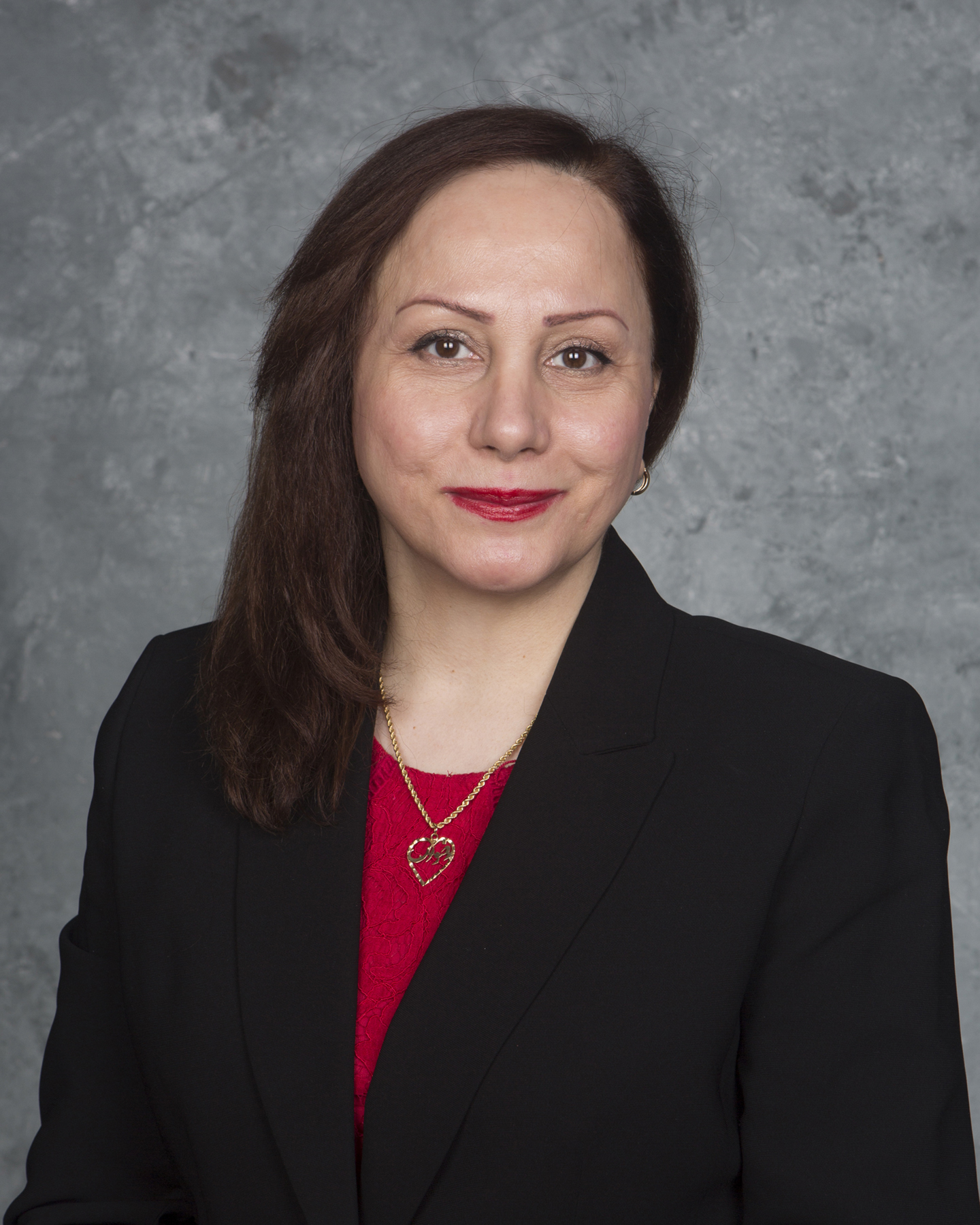 Rezvan Khoshlessan, Ed. D. currently the Conference Chair-Elect for TexTESOL IV works full-time as the coordinator for the Center for Teaching and Learning Enhancement (CTLE) at Lamar University in Beaumont, Texas. Dr. Khoshlessan is an active member of Phi Beta Delta Honor Society for International Scholars and served as the treasurer for Beta Xi Chapter for 6 years. She has been teaching English to EFL/ESL students for more than 25 years and is still practicing her teaching skills at Lamar University. She was a full-time ESL/EFL faculty member in Tehran, Iran before residing in the US. Her research interest includes higher education, international students, active and collaborative techniques, and study anxiety. 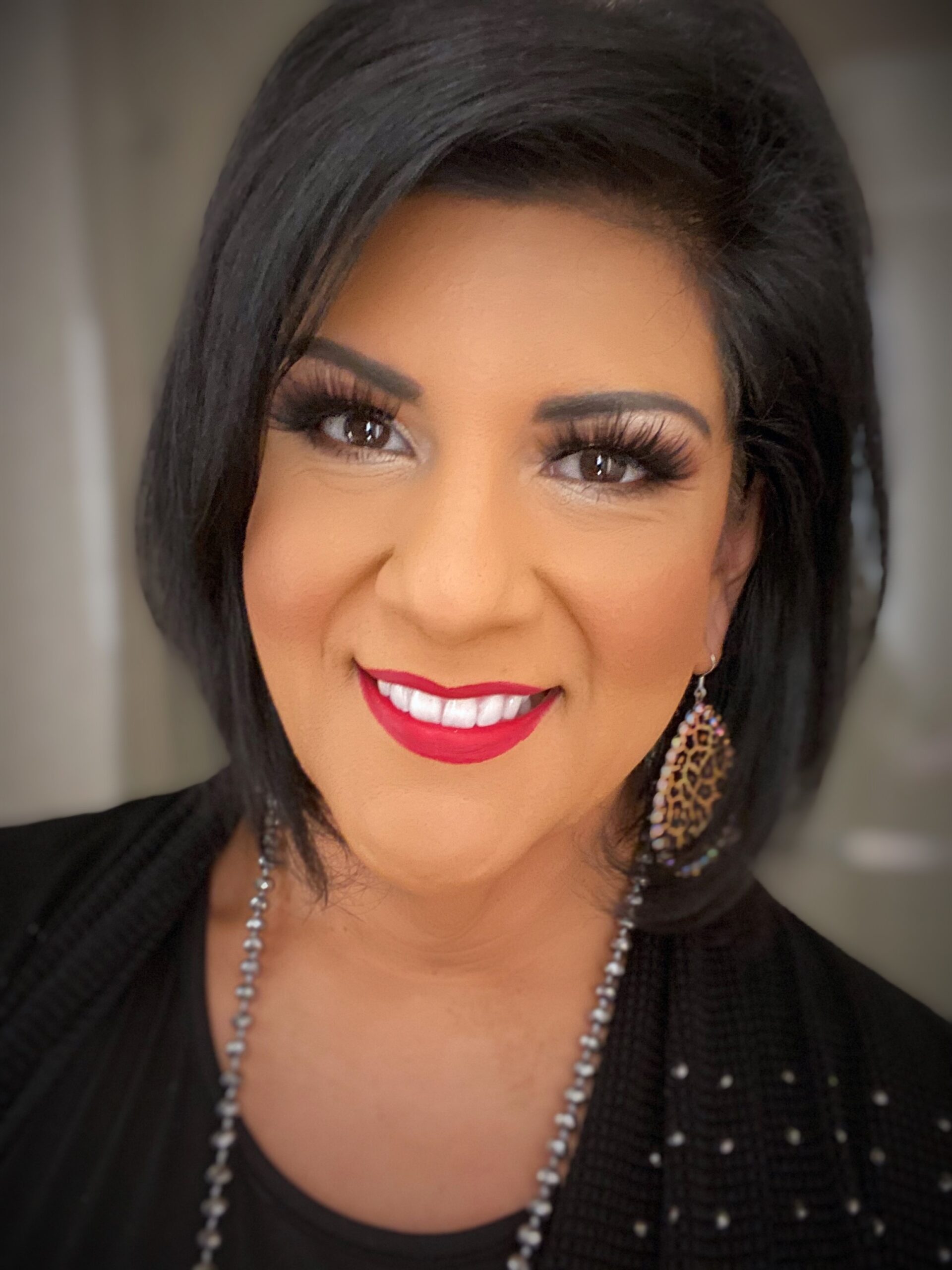 Tracy Schmidt has served English Learners for the past 18 years. She is a Secondary ESL Instructional Specialist in Galena Park ISD, where she provides professional development for core content areas and designs ESL curriculum for middle school and high school grade levels. She earned her Bachelor’s degree in Biological Science from the University of Houston in December 2001 and earned her Master’s degree in Educational Administration from Lamar University in 2011. Tracy Schmidt also is an adjunct professor at San Jacinto College, where she teaches Reading & Writing and ESOL classes. She has served on TexTESOL IV Board of Directors since 2017 as has held the positions of WebMaster and Member-at-Large and currently serves as Conference Program Chair. 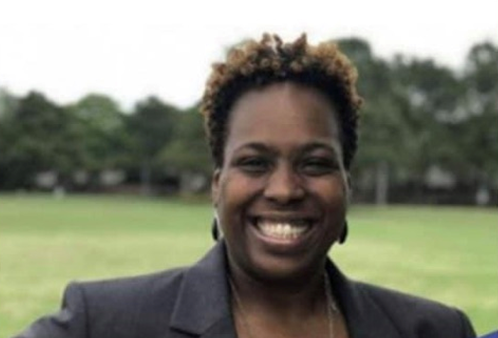 Dr. Rosemary L. Anthony has worked in the field of education with English learners and their families for the past 13 years.  She has been an ESL campus lead teacher, English Language Arts teacher, professional development trainer, public speaker and is currently a PreK-12 Bilingual and English as a Second Language Compliance Facilitator in Lamar Consolidated Independent School District.  Her commitment to the education of English Learners goes beyond the classroom.  Dr. Anthony is dedicated to the educating and advocating for all students to have equitable access to quality educational experiences. Rosemary can be reached at RosemaryLAnthony@hotmail.com. 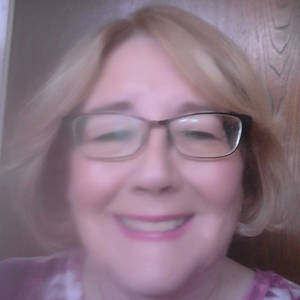 Dr. Trudy Freer has served in various capacities in public education: K-12, Community College, and Graduate school. Her main areas of interest are Spanish and English literacy development and working with future teachers. She is presently a supervisor for new teachers at the University of Houston Downtown. She enjoys theatre and her new grandchild in her spare time. 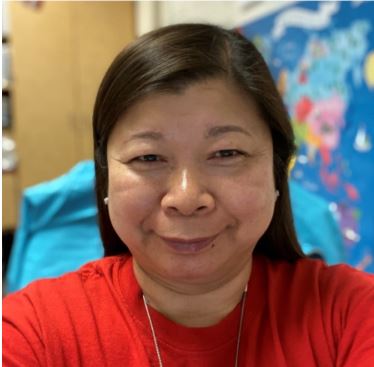 Jenny Vo serves as our President-elect this year after serving two years on the Board as the Newsletter Editor. She graduated from Rice University with a Bachelor of Arts in English in 1995. She started her teaching career in HISD in 1996 as a first grade ESL teacher. Jenny also spent several years as a Pre-K and Kindergarten teacher in HISD before transitioning to Katy ISD as an ESL Instructional Support Specialty Teacher. In 2010, she received her Masters of Education in Educational Leadership from Lamar University. Jenny works to advocate for her English Learners. In the past couple of years, Jenny has presented at local and state conferences, sharing her passion and knowledge with others. She currently works for Katy ISD as an ESL ISST. You can follow her on Twitter @JennyVo15.

Owen Roades has served public school education in the Greater Houston area. As President of the Metropolitan Area Teachers of Science, she arranged professional development trainings for both elementary and secondary science teachers to promote interdisciplinary instruction. While serving on the Greater Houston Science and Engineering Fair Executive Committee, she helped students find sponsors to help them develop their projects for State and National Science Olympiad competitions. Under her leadership as middle school principal, both of her campuses were designated by the Texas Middle School Association as Texas Mentor Network schools because they actively practiced and presented trainings in effective teaching strategies to schools throughout Texas. She is presently an adjunct professor and supervisor for student teachers at the University of Houston – Downtown.